My little red tether is my anchor in running with my friends. A beautiful guide dog has been my tether/anchor in mobility and independence for 17 years: 1. Pantera 2. Cricket, and now my beautiful 3. Georgina (Georgie). A life of family and friends is my joy and anchor in life.
The human spirit is stronger than anything that can happen to it. CC Scott

1. RP is the abbreviation for Retinitis Pigmentosa, a degenerative eye condition.
2. What my RP looks like today: A little peephole (about the size of a dime) that is now fuzzy. 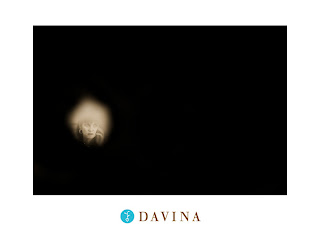 3. RP diagnosis at age 18 although the opthalmologist later indicated he knew when I was 13!
4. RP felt normal. Up until my diagnosis I thought I had normal vision -- didn't know anyone had peripheral vision and could see way out to the sides - goodness, what do you do with all that vision :).
5. Because of #4, just thought I was clumsy - received the Clumsy Awards at Girls Camp.
6. RP Recessive form:  I am the only one in my family with this condition.
7. I quit driving at age 28 - thankfully no accidents.
8. I WALKED into a stop sign shortly after giving up my driver's license and began mobility training!
9. I struggled playing softball and volleyball prior to knowing that I had RP -- no wonder! Remember the great catch, dad!  I recall a time in volleyball, I was just standing there while the ball dropped right in front of me. My coach was frustrated and thought I was dreaming about boys or something - which I probably was but had no way of knowing a ball was soon to land in front of me.
10. I enjoy educating about Retinitis Pigmentosa, blindness, and guide dogs.
11. It has been an interesting journey to have others question my 'blindness legitimacy' -- there is a man in our office complex that is convinced I am not blind and do not need a guide dog. I once said hi to him -- he drilled me on how I knew it was him - 'thought you couldn't see' ... Recently, not intentionally, I walked smack into him (FYI: Cricket was not guiding at the time) Perhaps, now he gets it. WHY would I fake it?
12. RP is unpredictable on its progress = anticipatory grief.
13. Just as you become accustomed to the recent change or loss of vision, it may take another turn.
14. Thanks to RP I have learned the meaning of interdependency and try to see it that way rather than resisting dependence or fighting to be independent.
15. It is estimated that 100,000 people in the U.S. have Retinitis Pigmentosa.
16. RP has helped me learn to breathe in courage ... breathe out fear.
17. If my RP was put in the middle of the circle of challenges, I think I may pull it back out rather than something else.
18. I was diagnosed with RP while Steve and I were dating.
19. My RP shins and scars above my eyes (the two places I seem to hit the most), I see as victory scars - means I am active and doing something (even if many times it is from random silly little tasks)
20. I have met so many incredible people because of RP.
21. RP has helped me be flexible ... not sweat the small stuff. By the time, I finished yard work today, I had 4 mini rakes that I had lost out in the grass. (I know blind skills but sometimes I don't use them.)
22. RP generally impacts night vision first - I don't recall ever seeing the stars.
23. RP can have secondary complications - cataracts, macula edema, flashy/floaters (had them all).
24. My parents first realized I couldn't see at night when I walked into the wall after the movie Jungle Book at age 3.
25. Retinitis Pigmentosa does not define me. I am a woman who is and does many things, one of which happens to be blind from Retinitis Pigmentosa.  I am married, mother of two, have a master's degree and am an individual, marriage, and family therapist, small business owner, and simply love life most of the time.
With Love, Becky Andrews on Friday, June 19, 2009

WOW - what a neat post! I like it. It's such great insight. Thanks for putting this up. I learned a lot!

I appreciate your matter-of-factness. Because of the way you have dealt with RP, it makes me realize that I can deal with any problem in my life. Not with a "poor me" attitude, but an "it is what it is" attitude.

Wow the ways you look at life is awesome! Thank you so much for the info on RP. It gives such a deeper insight into what your everday life is like!

Great post! Even though I don't have RP I can relate to several of the items on your list, especially #11.

Just when I think I know so much about you, your postings give me additional insights on what an incredible friend I have in my life! Thanks for sharing.

Hi, it's Nicole Hammond (married to Adam's buddy Tyler). I just wanted to let you know that I think you are amazing! Thanks for that post! Natalie is lucky to have such a wondeful mom! :)

Give me a minute friend. . . .this is a very good post :-)
Just returned from a trip to Omaha and haven't quite got my footing. . .Love, SuzyG and Mirage

1.It's good to have a sense of humor.
2.Also learning to reframe things.
3.Live in the moment.
Enjoy and be grateful for what you can see and are able to do, knowing this too will change.

Once again our daughter amazes us. Over the years as we have grieved over your terrible loss of vision, your courage and wonderful attitude have made it bearable for the many many people who love you.

Thanks for all your comments and reading clear through #25.

I was diagnosed two years ago and can relate to so many things on your list. I am still dealing with the diagnosis and haven't yet come to grips with it. You have definitely inspired me to have a better attitude about it!

I don't know if this is the spot to put this, but my friend Beth wrote a book called "Borderlands of Blindness" on what it's like to like in that place where you're not really sighted, but not really as blind as people expect. Even cooler is that her publisher sold me an accessible copy of the book! Because of their generosity and because I so relate with the content of her book, I hope to spread the word to others who might like to read it too. Info here: https://www.rienner.com/title/Borderlands_of_Blindness

Becky, if this is the wrong spot to put this, please feel free to remove it. I just thought you and others would like to know about Beth's book. :)

Erin J. Thank you for sharing this link of your friends book. Excellent.

I have RP, too, and was only diagnosed last year. I've known for 30 years taht something was wrong, but just never had the diagnosis until now. I can totally relate to so much of what you said, from volleyball and soft ball to the night blindness at a very early age, even the guy questioning your blindness. I still have some decent acuity in my central vision, but my peripheral is terrible. So many people just don't get how I can be legally blind and still see some things. Anyways, your honest and heartfelt post resonated with me. Nice to meet another RPer.

Wonderful list! It's always great to see someone dealing with a progressive disability with such aplomb.
Maybe you can carry a pair of goggles that have been painted black except for a spot in the center and hand it to anyone who questions your blindness! At least I'm considering doing that myself...
As a fellow RP-er I can relate! I'm not yet legally blind and don't need canes or guide dogs, but I do get the occassional angry look from strangers that I've bumped into.

It is hard to believe people would question your need for a guide dog.
how silly!!!
I can't imagine what it would be like to be.....blind.
I admire how you look at things and your Courage and not letting anything stand in the way of what you want to do.
way. to. go. !!!!

We sound very. Similar in our way of aproaching life and our sense of humour. I am glad too see you are thriving and have a great job and loving family. I hope my life follows a similar happy pattern.

I just found your blog after reading about your Ann Taylor incident. Shame on those people! I too have RP but wasn't diagnosed until I was 50. Alot of black and blue marks, stitches finally explained. Reading your blog makes me feel like I am not alone. I only have my husband for support as my family and close friend couldn't or would't cope. Thanks for a ray of hope. I will keep reading.

I'm so glad I found your blog! My 6 year old son was recently diagnosed with RP. I look forward to exploring your blog more and learning more about RP. 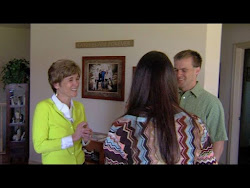 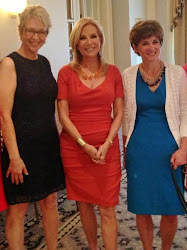 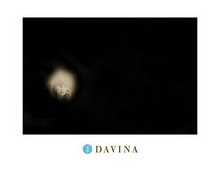 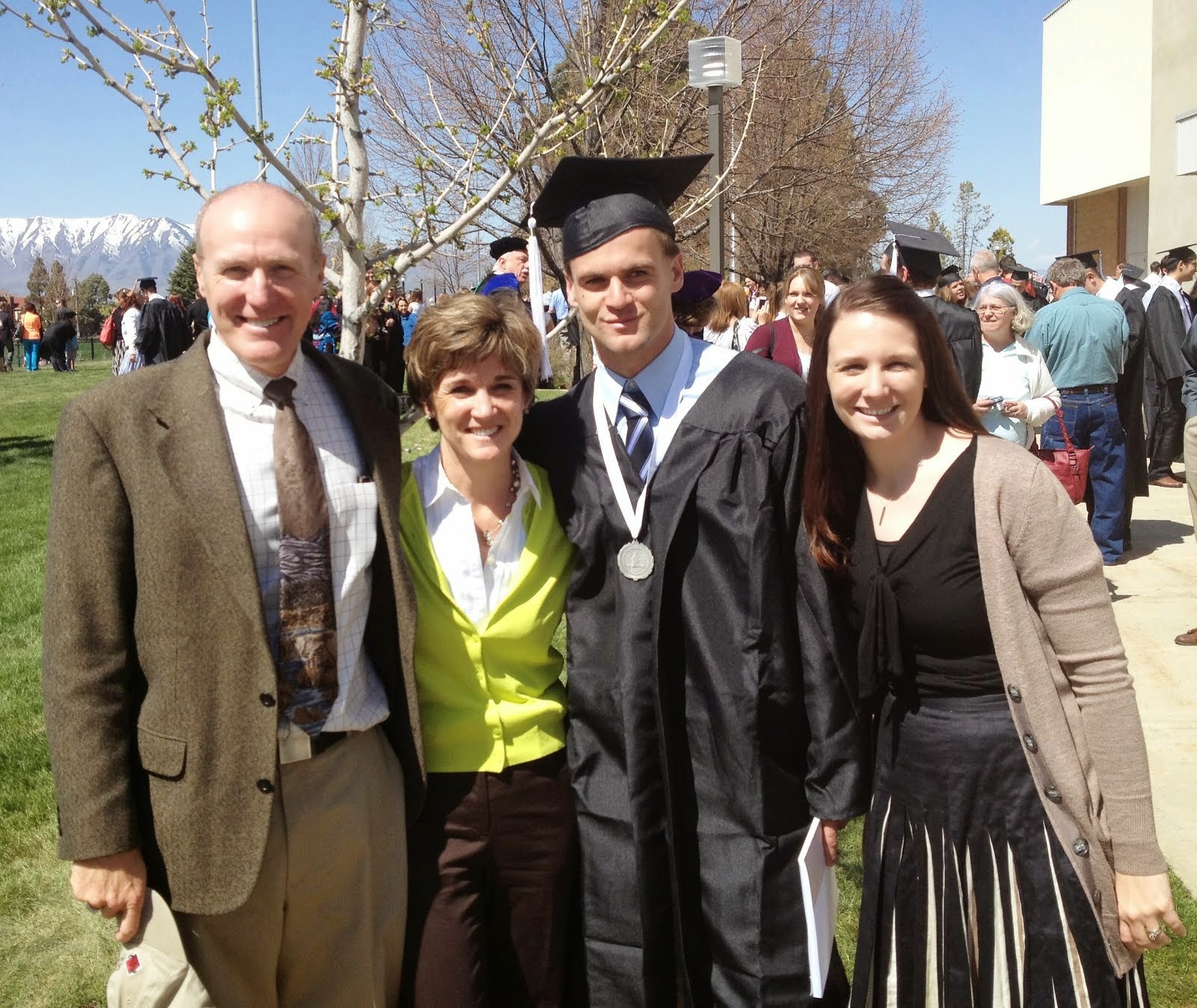 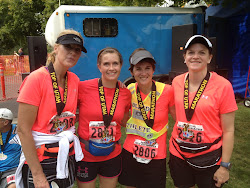 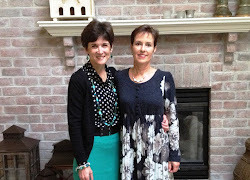 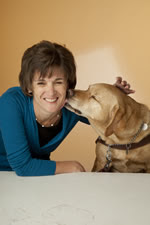